Dompe aka Dominic Wagner is a DJ & Producer with an absolute passion. A day without Music is a lost day for him. He describes himself as a restless person always searching for the next track and a perfect baseline. His Output is noticeably high. The Output of Releases have attracted for many attention, national and international. 2016 he has signed on many named labels like: SNOE, LAPSUS, STYLEROCKETS, SUPERFANCY Rec., AUDIO SAFARI, WIRED and many more. 2017 it goes on with GET PHYSICAL, KITTBALL, MONKEY LEAGUE, STYLEROCKETS and JACK FRUIT RECORDINGS.

The cooperation with his friend Andreas Schreck, better known as AGENT! is a good one, with a real groove. They spend much time together in the Studio and one can be eager for the results. Their EP SULTAN was a big one in 2017 and played by CLAPTONE and many more.

His tracks can also be finding on many “Berlin-Sounds”-Compilations. Next to his own releases, he brings out several lovingly carried remixes for his buddies. 2017 he released on 3000 GRAD, LAUTER UNFUG, BRISE RECORDS, just to name some.

CLAPTONE put DOMPE´s Tracks in his Best of 2017 Playlist and cause of the 10th anniversary of HANNE & LORE DOMPE made his one Version of HOSHLE, fresh released on HEULSUSE.

Also not uncommon that he can listen to his own stuff while he stands in the clubs private. CARL COX, LAURENT GARNIER, MARCO CAROLA, RICHIE HARTWIN play his songs.

In the summertime 2016 he played in India (Bangalore) for the first Time, transforming the dance floor into a boiling dance extravaganza in nearly no time. But, of course, he was also finding on the German festivals floors, for example he played at NATURE ONE or DIE LETZTE WIESE. At the Beginning of 2017 he was invitated to Russia, Nischni Nowgorod.

The Berlin Scene appreciates his sets: DIE WILDE RENATE, BIRGIT & BIER, IPSE, RITTER BUTZKE are only some locations, he played. HAMBURG, KASSEL, NÜRNBERG, COLOGNE, WÜRZBURG and MUNIC, national everything was in the program.

In Addition to that he also has time to work as a successful label manager for the Berlin Imprint of the KIDDAZ.FM-Musicgroup named STYLEROCKETS and proves his talent for new sounds and high talented artists. With JACK FRUIT RECORDINGS he founded his own brand new Label in 2017. There were three releases until now. 2018 there will be some more, with other artists.

At the end of 2011 he moved from Cologne to Berlin. A decision he has never regretted. But he is a well-known man in the Rhineland. With some Buddies he had a Club called ELECTROKÜCHE.

It is not unlikely that he will release his third album 2018. 2011 there was his first one BEAT BACK on IMPULSE REC. and in 2013 PARADISE CITY was the second one on MIMIQUE Rec. So it´s time for something new, the year has just started. 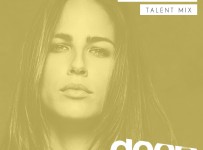 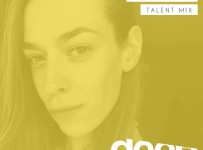 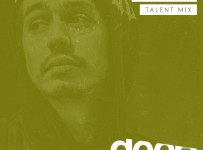