“My DJ sets have been flying somewhere between house and techno in the past year; this mix is leaning more towards techno – but my kind of techno – jackin’, groovin’, pulsating, percussive, seductive, raw. It also includes (a little taster of) my edit of Laurent Garnier’s seminal ‘Crispy Bacon’ which I’ve been playing out a lot, and which I know many are curious to hear.”

Hilit Kolet | Bio
Industry folk have deemed Hilit Kolet ‘the next real thing’. The ascending London-based artist weaves chunky UK-tinged basslines between Chicago-influenced beats topped off with a New York sleaze-edged vibe across her productions. As a DJ, she wields multiple sound palettes from house to techno throughout her high-octane sets, mixed with razor-sharp technique.

A 360 degrees artist who defies easy classification, Hilit radiates powerful energy from the DJ booth, seducing the dancefloors of esteemed clubs Printworks, Fabric, KOKO (closing after Floorplan), Ministry of Sound, Egg London and XOYO, amongst others. Snapped up by the international festival circuit, major-league gigs that Hilit has played include Lovebox, Secret Garden Party, Campo Sancho and Festival No 6. Highlights from 2022 include shows for Elrow in Croatia, Jaeger in Oslo, Ibiza, Dubai, Warsaw, and Bulgaria. Hilit regularly DJs in Berlin, and when her schedule allows, she likes to revisit her vinyl-only stints at Chiltern Firehouse and Spiritland.

Hilit’s sets are packed with forthcoming releases and exclusive edits, including her well-received edit of Laurent Garnier’s 90s gem ‘Crispy Bacon’. The cleverly-edited remake has garnered support from Carl Cox, Patrick Topping, Sarah Story, La La, Syreeta, Emerald, Heidi Lawden and many others. Carl Cox sums it up: “I absolutely love it, you [Hilit] have done an amazing job of staying true to the original version but pumping it up for today’s dance floor.”

Innovative and fearless as a selector, Hilit brings her audience on an exciting ride through dance music, evoking chaos no matter the club in question. Sultry vocals, pulsating basslines and irresistible peak-time grooves spanning house, acid, techno and modern electronica feature in her sets. A forward-thinking and inimitable DJ, she shares a blend of nu-skool textures and classic moods, constantly pushing boundaries while educating her audience along the way.

Carving out the solid yet sonically diverse path she’s on today, Hilit’s roots are deeply embedded in classical music. Growing up in a musical home with a piano teacher Mum and a jazzholic Dad, Hilit had rhythm for breakfast and melodies for lunch — and played the piano before she could tie her shoelaces.

As a teenager in Tel Aviv, Hilit fell in love with dance music and swiftly made it onto national radio, where she presented a daily drive-time show. She also hosted dance music shows on TV and founded and edited the local equivalent of DJ Mag. Once ticked her goal-orientated boxes, Hilit packed her bags and booked a one-way ticket to London, delving deeper into her career in dance music.

Kickstarting her journey in London working for MTV, she became a key staff member of iconic vinyl retailer Black Market Records, spending every moment possible soaking up the city’s unique club culture and expanding her already encyclopedic knowledge of the culture. DJing non-stop around the capital, she built her name locally while managing a high-end recording studio where she learnt the art of music production.

With multi-dynamic studio projects and releases in the pipeline, Hilit Kolet is a rising star who, like her sound, continues to captivate. Now, she’s gearing up for the next phase of an illustrious, diverse and inspiring career. 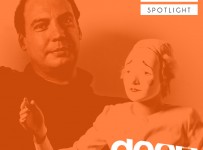 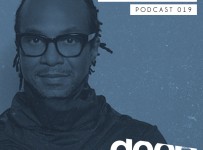