Drawing on two decades of selecting records from his hometown of Sydney, to his long time home of New York City, and to his new base in Amsterdam, Joe Foxton curates timeless deep music optimised for dancefloor hypnotism.

A longtime mainstay in the New York City scene, Joe played at all of the city’s top venues from The Brooklyn Mirage to Output, while holding down a five year residency at TBA Brooklyn. He was booked alongside top tier talent like Job Jobse, Ida Engberg, Tiga, and Sammy Dee, and shared his sound overseas at lauded clubs like About Blank in Berlin, and Revolver in Melbourne, Australia.

In 2019 he moved to The Netherlands to begin a new chapter, launching a new residency alongside Nicky Elisabeth (Kompakt) at Oosterbar, an intimate underground club. He’s now working on some new projects from his lair in Oost. 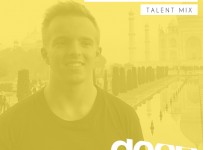