Nick’s passion for electronic dance music was sparked in his hometown of surfers paradise, Gold Coast after a night out to see Dimitri from Paris.

A shift to Melbourne further ignited his love for EDM, leading him to quickly purchase his own set of decks. Techno became his genre of choice in the early days of Djing, inspired by the likes of Jeff Mills and Derrick May. This was soon followed by a progressive influence from big names like James Zabiela, Nick Warren, Sasha and John Digweed.

Nick spent several years in London, frequenting clubs such as Fabric and Turnmills, and DJ’d at parties and local clubs/bars. Nick’s EDM genre of choice has mellowed over the years leaving behind those early days of techno for an organic and deep house vibe. Nick regularly spins tunes from All Day I Dream, Anjundeep, Shanti Moscow Radio, Melody of the Soul to name a few. Nick also plays back-to-back with fellow DJ Matt Saz, under the name Saznic. Nick has a current residency on the UK-based AATM Radio Show ‘Origins’ showcasing DJs from around the world who play organic, deep and melodic house. Nick recently supported one of his organic house idols ‘Double Touch’ at their debut Melbourne gig. 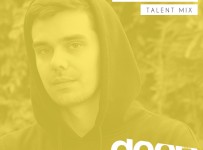 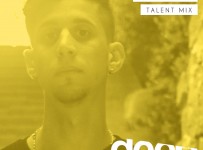