Angelo Sindaco started his carreer producing electronic industrial music on tape in the mid ’80. In the early nineties signed for ACV Records collaborating with the Jack House Chicago djs and producers. Soon after came albums and singles for Minus Habens, Eukatech, Disco Inn, Irma and more. In 1994 Sindaco has been the first techno dj in Italy with a residency in the biggest experimental club, Link in Bologna, leading the development of the underground techno and house scene. Sindaco is now running his own labels: OTO Casa Discografica, focused on experimental club vibes and Sombrero Social Club a challenging project where heavyweight djs collaborate with the new school producers. 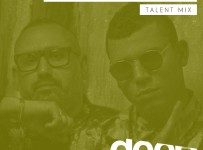